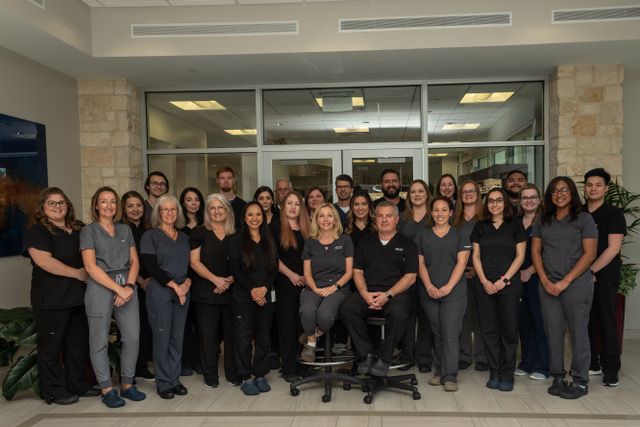 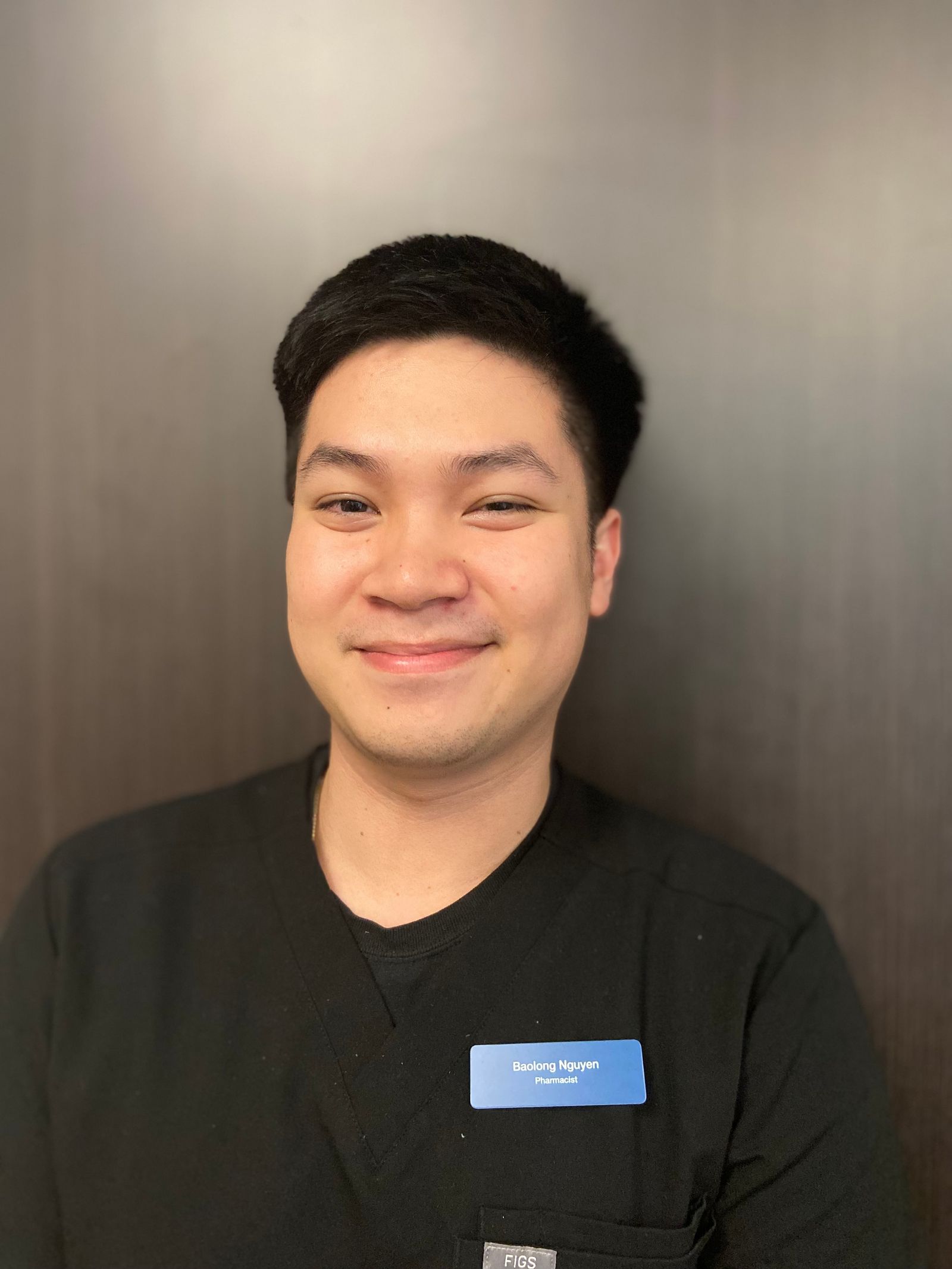 Baolong Nguyen, Pharm.D, R.Ph. graduated from the University of Houston College of Pharmacy in 2021. Prior to pharmacy school, he worked as a pharmacy technician for Lovoi and Son’s Pharmacy, where he learned about compounding and its role in the positive impact a pharmacist can make for their patients. Throughout pharmacy school he volunteered and interned at various pharmacies, participated in multiple health fairs, and assisted in immunization clinics. After graduation, he interned at The Woodlands Compounding Pharmacy, and upon licensing, has officially joined the team as a registered pharmacist. Baolong is looking forward to working with the team and providing care to our patients. 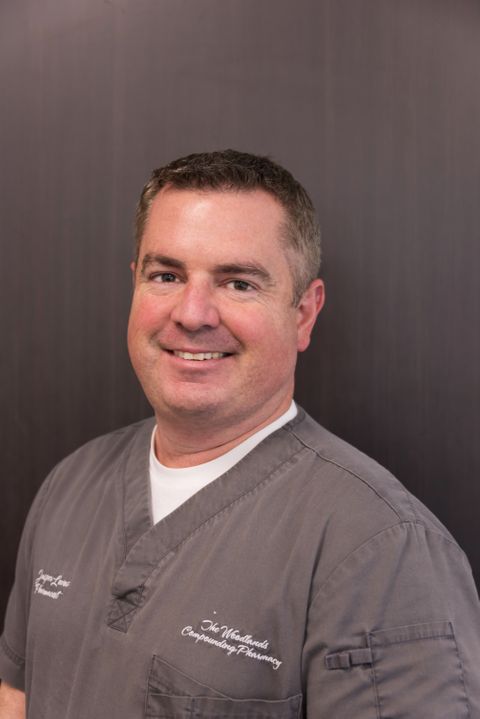 Jasper Lovoi III, Pharm.D, R.Ph. graduated from The University of Houston College of Pharmacy in 2002. Soon after, he joined his family at Lovoi and Son’s Pharmacy, where he introduced the practice of specialty compounding. He joined Professional Compounding Centers of America (PCCA) and through the personal marketing of BHRT, pediatrics, and skin care, he established a strong and growing compounding business for his family.

In 2008, Jasper opened The Woodlands Compounding Pharmacy, an independent compounding only pharmacy, in The Woodlands, Texas. He is the Pharmacist in Charge supervising the operation of 26+ employees, and prepares all sterile compounds. Jasper is also the owner and founder of Bimini Cosmetics. Bimini Cosmetics, which was started in 2006, provides pharmaceutical grade anti-aging formulations to the public.

In October 2010, Jasper was selected as Pharmacist of the Month by PCCA. Jasper is a member of The International Academy of Compounding Pharmacists and Texas Pharmacy Association. Jasper was nominated and appointed to the PCCA Advisory Counsel and started his two year appointment in 2014. 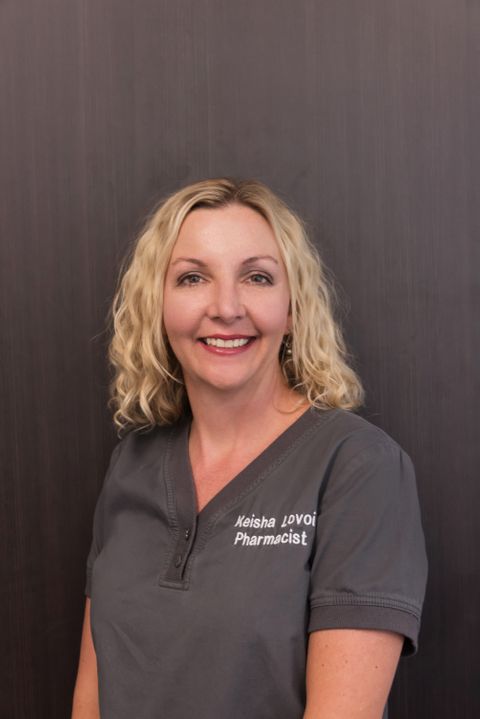 Keisha Lovoi, R.Ph graduated from The University of Houston with a Bachelor of Science in Pharmacy in 1997. Upon graduating, she received the Award of Excellence in non-prescription medication studies. Keisha worked several years in chain and independent retail settings before working for several PCCA members in the Houston and surrounding areas. While working for compounders, she gained extensive knowledge in infertility, women’s health, marketing and sterile compounding.

In late 2003, Keisha joined Professional Compounding Centers of America (PCCA). There she answered compounding questions for PCCA members, and taught training courses for aseptic compounding and quality assurance. Currently, she continues her passion for teaching sterile compounding at PCCA while working alongside her husband at The Woodlands Compounding Pharmacy.

Keisha manages the pharmacy staff, and is also responsible for maintaining good standings with all state and federal regulations. Keisha has rediscovered a personal fulfillment in counseling patients on vitamins and building a strong front end in cosmetics. Keisha was elected to the 2010-2015 USP Compounding Experts Committee, serving on both the Sterile and Monograph Modernization committees. 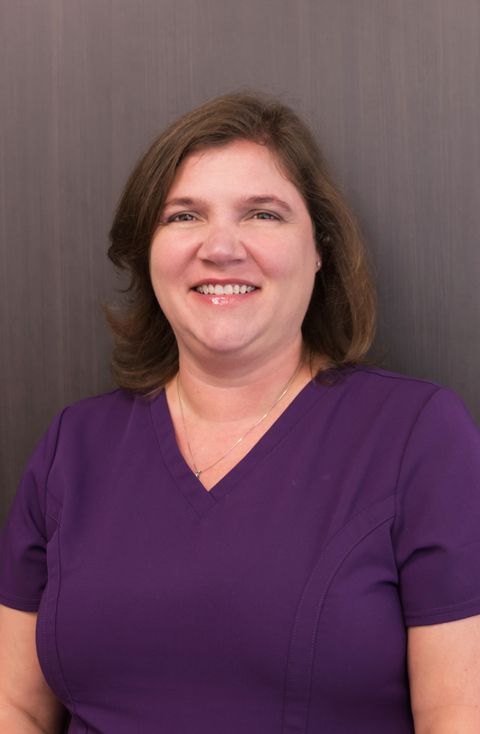 Nicole Lovoi, Pharm.D, R.Ph. graduated from the University of Houston College of Pharmacy in 2009 with a Doctor of Pharmacy degree. Soon after graduation she began working in a pharmacy specializing in servicing patients living in long-term care facilities. Through her work with elderly patients with unique needs, she realized what a critical role compounding plays in the ability of patients to receive exactly what their doctor ordered. As her interest in compounding grew she decided to make a career change and in 2011 she joined The Woodlands Compounding Pharmacy. Nicole still enjoys working with seniors and is excited to be able to provide specialized medications to a wide variety of patients. 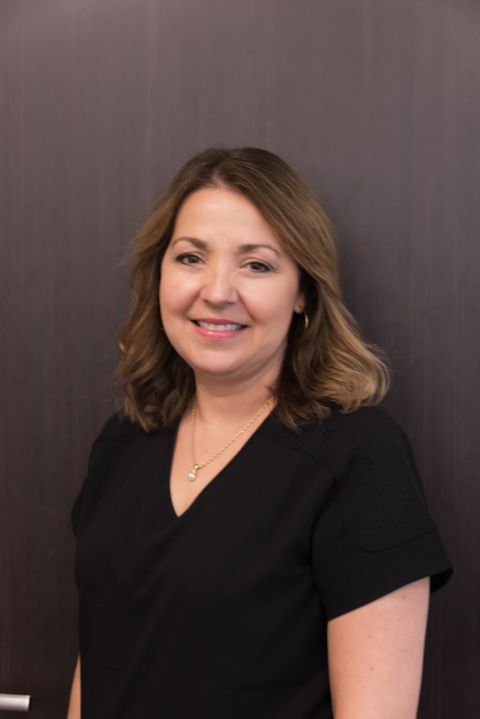 Kim Prahl, R.Ph. Graduated from The University of Texas at Austin in 1992. Following graduation she worked for a hospital system and retail pharmacy in San Antonio. Kim managed a successful pharmacy team that won the Outstanding Customer Service Award of the Year three of the five years she was with them. In 1997 Kim moved to The Woodlands where she worked for another retail pharmacy for six years. She is immunization certified, and specialized in travel health services. In addition, she also participated in a diabetes certificate program, and enjoys helping patients with their drug therapy. Kim brings 23 years of retail pharmacy experience, and a focus on building customer relationships. She has a wealth of knowledge in managed care and an emphasis on patient care. 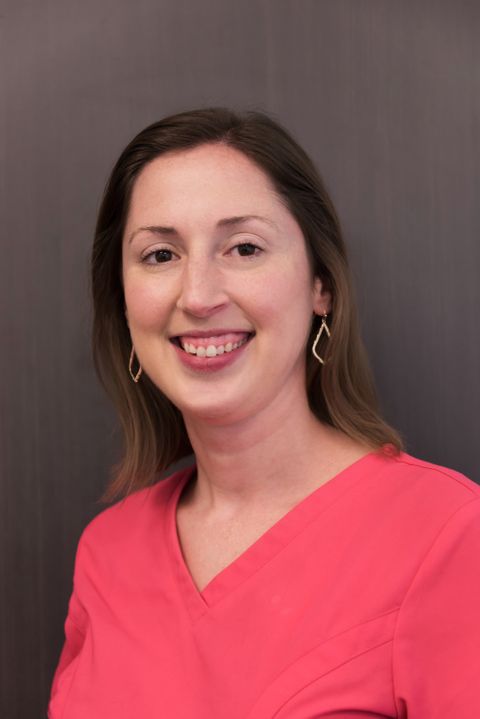 Rachel Eppinette Pharm.D, RPh graduated from the University of Houston College of Pharmacy with a Doctor of Pharmacy degree in 2015. She gained experience working in retail and compounding pharmacies before joining The Woodlands Compounding Pharmacy in February of 2017. She also has a Bachelor of Science in Nutrition from Texas A&M University, which has prepared her to educate patients on their diet and supplement needs. Rachel is excited to help patients utilize nutrition and compounded medications together to improve their health and quality of life. 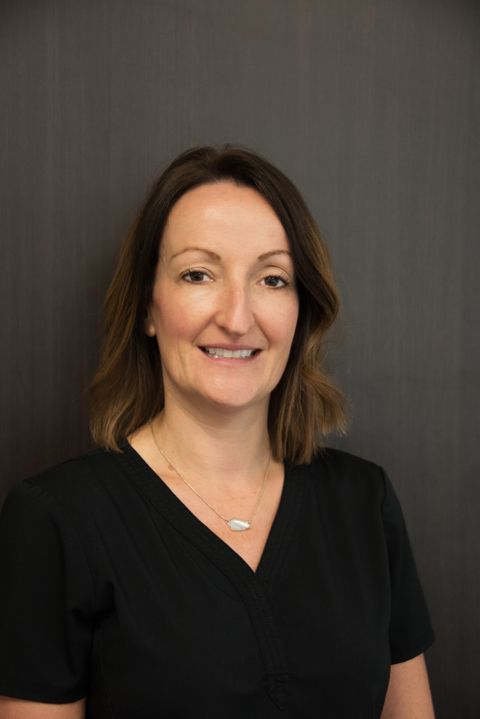 Karen Waugh, RPh graduated from the Robert Gordon University, United Kingdom in 1999 with a Master of Pharmacy with Honors. Upon graduating, Karen undertook a clinical residency programme at Aberdeen Royal Infirmary. Over the next 12 years she worked as a clinical pharmacist, becoming a highly specialized surgical pharmacist with a focus on managing patients medication through the peri-operative period.

In 2011, Karen’s husband accepted a new position with his company in Houston, which took the family across to the USA and settling into The Woodlands. Following a short career break, Karen undertook the USA equivalency exams to become a Registered Pharmacist in the USA. In September of 2017, Karen began an internship at The Woodlands Compounding Pharmacy and upon completing all the requirements transitioned to a Pharmacist in April of 2018. She really enjoyed learning about compounding and found a love in helping patients receive a medication tailored to their needs.

She now enjoys working as a pharmacist at The Woodlands Compounding Pharmacy and uses her 19+ years of experience as a pharmacist to help optimize use of medication, promote health wellness and disease prevention. 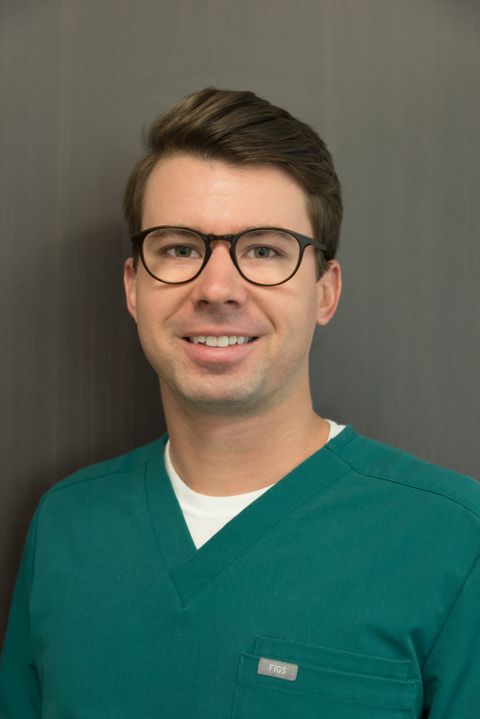 Corbin Carlson Pharm.D, R.Ph. graduated from Texas Tech University Health Sciences Center with a Doctorate in Pharmacy in 2015. Following graduation, Corbin has worked in various community pharmacies in Dallas, Houston and The Woodlands. Through his opportunities in the retail setting, he discovered an interest in compounding and specialized therapies. Since joining the team in August 2018, Corbin is looking forward to building relationships, providing drug information and providing care to our patients in The Woodlands and surrounding communities.